Hertfordshire Constabulary, jointly with East Herts Council, are pleased to announce the launch of a pioneering licensing initiative to improve the safety and security of bars, pubs, clubs, restaurants and hotels.

Initially, a number of licensed venues across East Herts are being invited to take part in the scheme, which encourages venues to improve their operational security and management practices year on year. The scheme will roll out county-wide in the coming months.

Local officers from Herts police and Hertfordshire’s Assistant Chief Constable, Matt Nicholls, along with East Herts Council, the East Herts Community Safety Partnership and District Councillors for Hertford, Ware and Bishop’s Stortford are working in partnership to officially launch Licensing Security & Vulnerability Initiative (Licensing SAVI), which has been developed at the request of the Home Office by Police Crime Prevention Initiatives (Police CPI), a police-owned organisation, which works alongside the Police Service around the UK to deter and reduce crime.

Supporting the alcohol drinks industry, Licensing SAVI is backed by the National Police Chiefs’ Council (NPCC) and Project Servator, a police-led vigilance scheme to deter terrorist attacks at crowded places. Its aim is to provide safer and more secure venues for managers, staff, customers and local communities and to reduce the demand on hard-pressed police forces and NHS Ambulance Services and Accident & Emergency Departments.

The initiative is being part funded by the Safer Neighbourhood Initiative Fund, giving premises the opportunity to join the scheme at a reduced cost as part of the roll out. The fund is available to support projects that help reduce neighbourhood crime, make local areas safer and reduce demand on police forces.

Assistant Chief Constable Matt Nicholls said: “Everyone has the right to enjoy a night out without fearing for their safety in any way and partnership working is key to ensuring this is the case.

“The Constabulary has been working alongside its partner agencies to tackle issues related to the night time economy, with a particular focus on violence against women and girls. We understand there is currently a lot of public concern around the issue and we’re working to better understand these concerns and create the right solutions. This initiative is just one of the measures we’re putting in place and I look forward to seeing the LSAVI scheme being rolled out across the county in the coming months.”

Sergeant Clare Ramirez, from the East Herts Community Safety Unit said: “Licensing SAVI forms part of the wider work we are doing to keep people safe while out enjoying the night time economy. The initiative will help to guide and support licensed premises to do everything possible to ensure this is the case.

“Having everything pulled together in this way makes it easier for premises to cover all the key areas while also getting advice and guidance. My team will quality assure the information provided to gain the ratings, so that the public can have confidence in the process.

“East Herts is the first area of the county to adopt Licensing SAVI, but this is something that we hope to introduce across Hertfordshire in the coming months.

“Funding has been secured to assist with the cost to premises, in what has been a difficult two years for the industry.”

Business Lead for Licensing SAVI, Mark Morgan, a former Police Superintendent, said: “We were delighted to be at the launch and witness the great enthusiasm from local venues and stakeholders in Hertfordshire, where it was clear that they took the safety of customers and staff, and security of licensed premises, seriously. We look forward to supporting the excellent work already taking place and accrediting venues soon.” 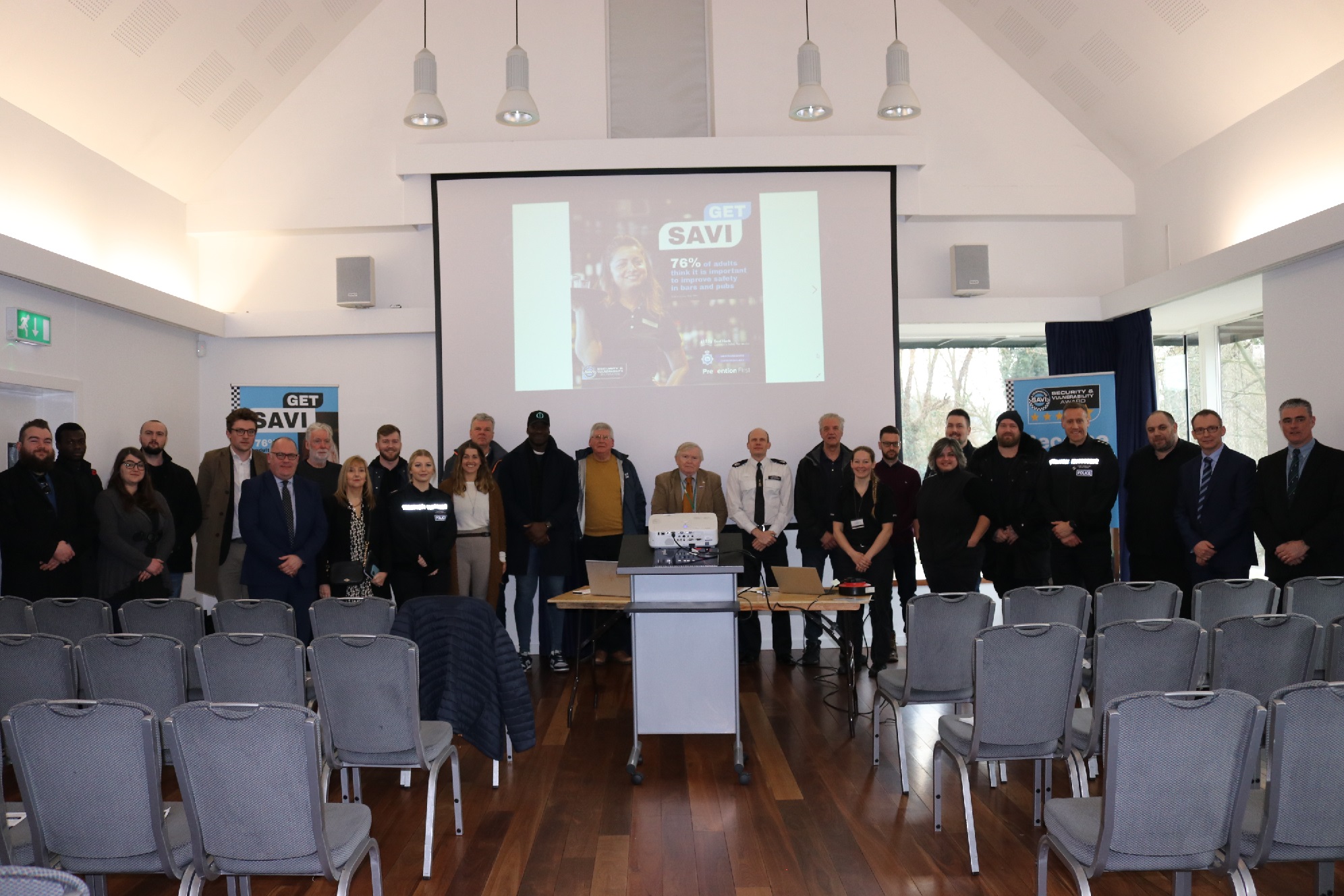 Licensing SAVI’s Mark Morgan gave a presentation to venues from Hertford, Ware and Bishop’s Stortford on Monday 28th February, with a number having since signed up to the initiative and begun the detailed assessment. Premises represented at the presentation were:

Ware - The Brewery Tap, The Angel, Rifle Volunteer, Jacoby’s, The Mexican, The Mixer, and Southern Malthings.

Stortford - The Black Lion and Bacchus.

About Police CPI (PCPI):
Police Crime Prevention Initiatives (Police CPI) is a police-owned, not-for-profit organisation which delivers a wide range of innovative and ground-breaking crime prevention and demand reduction initiatives to support the UK Police Service, Government and the public. Senior police officers from England, Scotland and Wales control and direct the work Police CPI carries out on behalf of the Police Service. Visit: https://www.policecpi.com

Police CPI and the Women’s Night Safety Charter
As part of its commitment to providing safer and more secure bars, pubs, clubs, restaurants and hotels through Licensing SAVI, Police CPI has signed up to the Women’s Night Safety Charter, which seeks to make London a place where women feel ‘confident and welcome’ at night. It means Police CPI will actively support the Charter’s seven pledges and encourage other businesses and organisations in the capital to join in to tackle violence against women. Visit: https://www.policecpi.com/news/227-police-cpi-sign-up-to-women-s-night-safety-charter