A pioneering licensing initiative to improve the safety and security of bars, pubs, clubs and restaurants has been launched across Selby in North Yorkshire.

A total of 27 specially selected licensed premises across the Selby district are being invited to take part in the scheme, which supports venues to improve their operational security and management practices.

The online Licensing Security and Vulnerability Initiative (Licensing SAVI) has been developed at the request of the Home Office by Police Crime Prevention Initiatives (Police CPI), a police-owned organisation, which works alongside the Police Service around the UK to deter and reduce crime.

Supporting the alcohol drinks industry, Licensing SAVI is backed by the National Police Chiefs’ Council (NPCC) and Project Servator, a police-led vigilance scheme to deter terrorist attacks at crowded places. Its aim is to provide safer and more secure venues for managers, staff, customers and local communities and to reduce the demand on hard-pressed police forces, NHS Ambulance Services and Accident & Emergency Departments.

Available to licensees as an online self assessment, the scheme covers critical issues like responsible drinking, drugs misuse, violent behaviour and safeguarding vulnerable customers, through to preventing opportunist theft and improving physical security, such as emergency exits, lighting and CCTV. Most measures included in Licensing SAVI can be introduced quickly and at little or no cost.

Chairman of the Licensing Committee, Cllr Richard Sweeting commented: “We’re working with partners including the police, fire service and community safety groups to design and implement a programme to keep visitors and customers safe in licensed premises, train door staff and managers, and work collectively to improve licensed premises across our district for the safety and enjoyment of all.

“We are pleased to be able to offer this opportunity to our licensed premises and to help them improve the safety and security of their venues and receive an award for this. Supporting venues in this way means we can ultimately provide reassurance to the public that they can visit and feel and be safe.” 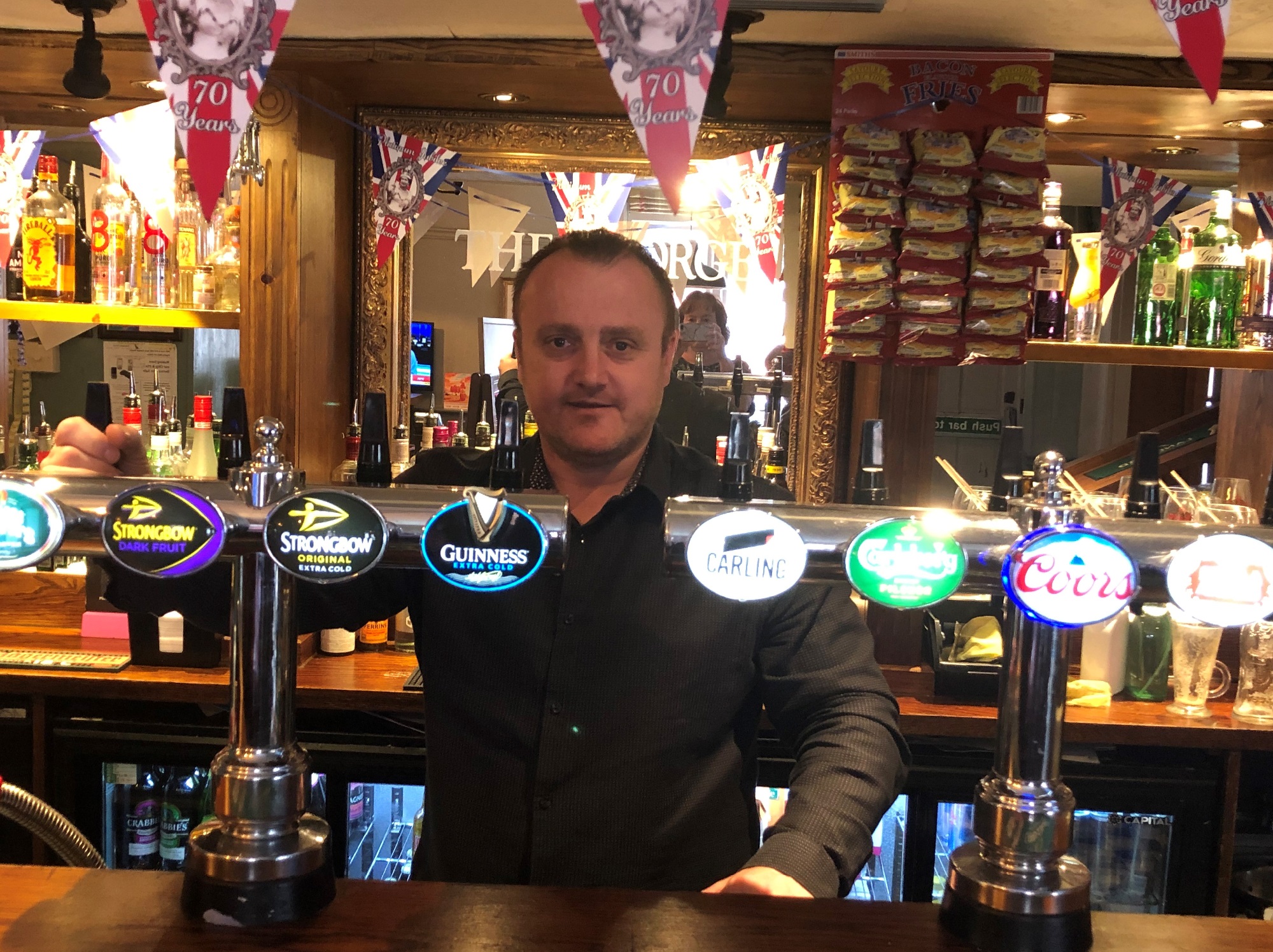 Richard Seaman, General Manager of the George, one of the businesses taking part in the scheme

Inspector Martin Wedgwood, of the Selby Neighbourhood Policing Team, said: “This initiative has the full support of North Yorkshire Police and will enhance safety and security in licensed premises across the Selby District.

“Everyone should be safe and feel safe when they go on a night out. The Licensing SAVI is a big stride forward in achieving this in our area.” 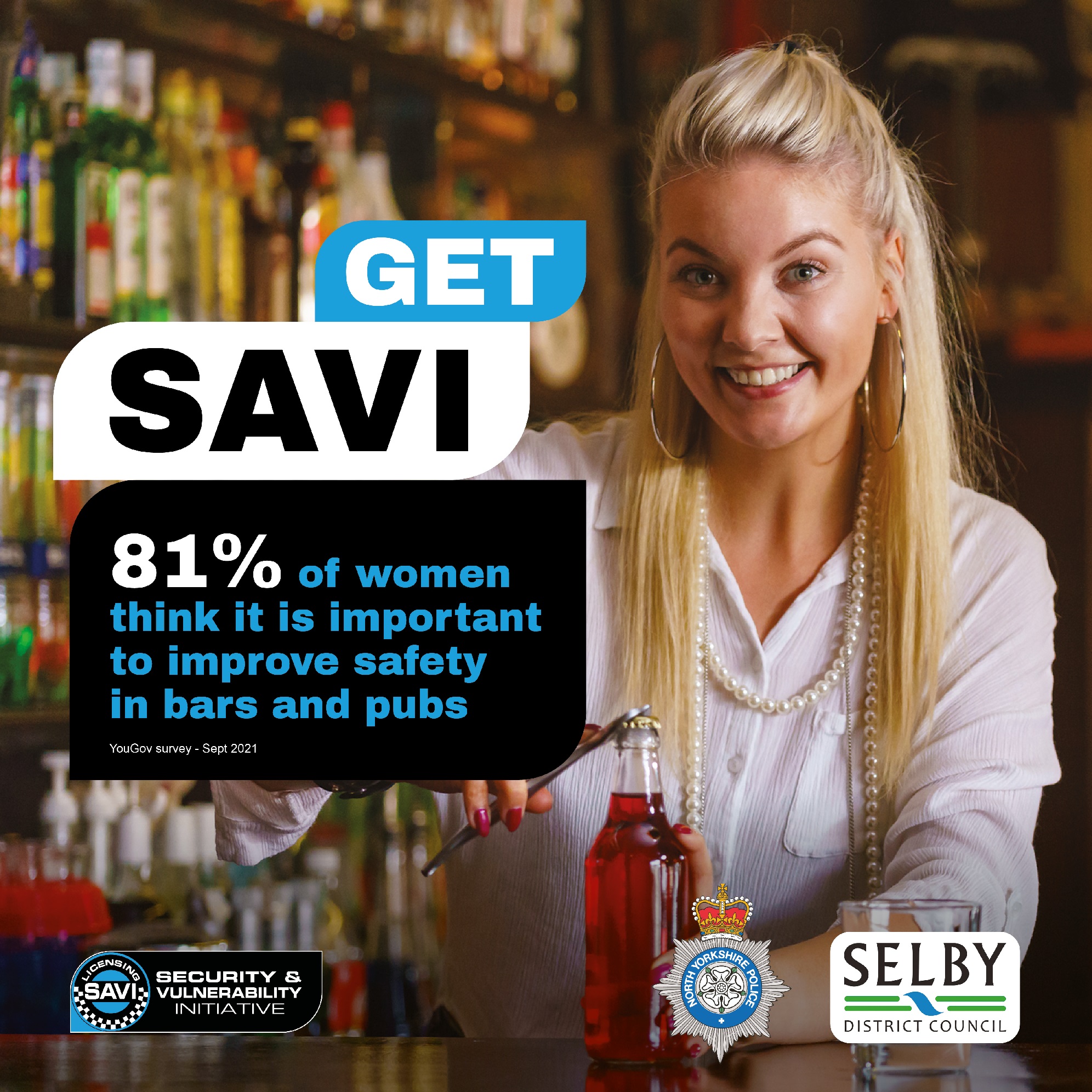 The scheme is being funded through the Selby Community Safety Partnership.

Mark Morgan, Business Manager at Licensing SAVI said “We’re absolutely delighted that Selby District Council and North Yorkshire Police, including the licensing committee have joined others across the country in funding and encouraging use of Licensing SAVI by their licensed premises.  We’re all about supporting the hospitality industry in raising awareness of key issues and good practice to ensure safer and less vulnerable venues for all who use or work at them.  We look forward to supporting Selby over the coming months in providing a safer community for all.”