Three out of four adults are calling for improved safety procedures in bars, pubs and nightclubs following the recent national publicity around the safety of women and girls, according to a YouGov survey.

A total of 79% of adults aged 18-45 agree with the statement that ‘the recent publicity around the safety of women and girls has made it more important for licensed premises to improve their safety procedures’ in nightclubs – with 54% ‘strongly agreeing’ and 25% ‘somewhat agreeing’.

And 76% of adults supported improved safety in bars and pubs – with 47% ‘strongly agreeing’ and 30% ‘somewhat agreeing’.

The desire for safety is also significant in other licensed premises too with 65% wanting improvements in stadiums and arenas; 64% in hotels and guest houses; 62% in sports and social clubs; 58% in restaurants and 52% in theatres.

The survey of a total of 5,050 adults in England, carried out between 16 August – 5 September, was commissioned by Police Crime Prevention Initiatives (Police CPI), a police-owned organisation, which works alongside the Police Service to deter and reduce crime. 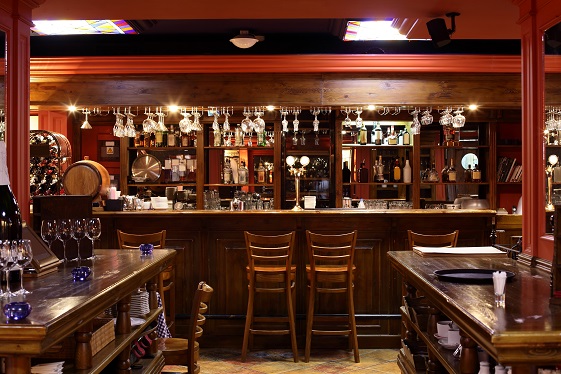 One of Police CPI’s latest initiatives is Licensing Security & Vulnerability Initiative (Licensing SAVI), which seeks to improve safety and security in licensed premises.

Licensing SAVI brings together for the first time the most comprehensive, single source of information that licensees need to meet the requirements of police and council licensing teams, comply with the Licensing Act 2003 and promote the four Licensing Objectives: Prevention of Public Nuisance, Prevention of Crime and Disorder, Protection of Children from Harm and Public Safety.

It provides definitive information on effective management practices and operational security as well as some straightforward safety measures, many of which can be introduced quickly and at little or no cost, which some licensed premises may not have considered before.

For an annual licence fee of £100, Licensing SAVI is available as an online self-assessment, which can be accessed on a laptop, tablet or phone at any time of the day.

Licensees that complete the self-assessment will receive a Star-Rating and can then apply for Licensing SAVI Accreditation and an Award which can be displayed at their premises showing the efforts undertaken to enhance safety and security. Licensees can use their Star-Rating as a benchmark to further improve their safety and security and achieve a higher Star-Rating Award year-on-year to grow their business.

The YouGov research also found that a police safety award is likely to benefit all the different types of licensed premises included in the survey to some extent. For example, up to 50% of adults say they would be more likely to visit a bar or pub that had received a police award – and 42% more likely to visit a nightclub and 38% a stadium or arena.

Licensing SAVI was developed at the request of the Home Office by Police CPI and evolved following significant input from UK government security experts and licensing professionals. It is backed by the National Police Chiefs’ Council, which brings Police Forces together to help policing coordinate operations, reform, improve and provide value for money, and Project Servator, a police-led vigilance scheme to deter terrorist attacks at crowded places. 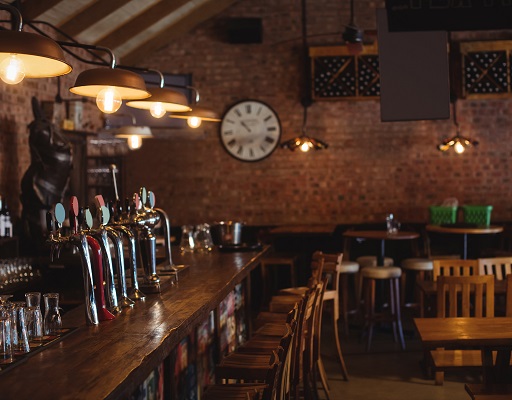 Mark Morgan, Business Manager for Licensing SAVI, and a former Merseyside Police Superintendent, said: “The results of our YouGov commissioned survey send out the clearest possible message to the hospitality sector that customers – both men and women but particularly women – want licensed venues to improve the safety of their premises.

“There is a growing and strong groundswell of opinion in this country for positive, practical action to be taken for people, particularly women and girls, to feel safe when they go out and relax and enjoy themselves without fear of being attacked and coming to harm.”

Mark explained that academic research shows that one fifth of all violence in England and Wales occurs in or around bars or nightclubs.

“What we have done with Licensing SAVI is to bring together all the information that licensees and venue managers need to improve the safety and security of their premises – and achieve a police award which will enable venues to show how much effort they have put in to make customers and staff safer.

“Importantly, they can use Licensing SAVI to promote their business as a safe and secure venue to attract new customers, grow customer loyalty and build support from their local communities,” explained Mark.

Being constantly updated to include the latest licensing legislation, changing patterns of criminal behaviour and industry best practices, Licensing SAVI can become a key process in the running of a venue whether it’s a start-up business, established operator, single independent business or part of a large chain of venues.

It can be used as a ‘one-stop-shop’ to undertake a venue health check, which could be timely because of the return to work of staff who have been on furlough and the recruitment of new staff to replace those who have left, he added.

It includes procedures such as pre-employment checks, age verification, managing unplanned large queues and customer searches through to ejecting badly behaving customers and dispersal arrangements when everyone leaves at the same time.

Other aspects of security are included too, such as staff branded uniforms and identification badges, CCTV systems and lighting, identification scanning and intruder and hold-up alarms. Raised areas behind bars to increase staff vision are suggested, and how to assist customers to get home, such as displaying taxi contact details or bus and train times, are included too.

There is even a non-assessed guidance section on counter terrorism and a COVID-19 risk assessment template for licensees to use.

Two highly publicised murders this year – neither of which involved licensed venues – have led to an outpouring of concern and protest about the vulnerability of women when they are alone in public areas.

On 3 March, Sarah Everard, aged 33, disappeared as she walked home alone in Clapham, South London. Her body was found a week later in woodland in Ashford, Kent. A 48-year-old man has pleaded guilty to murder and is due to be sentenced at the Old Bailey on Wednesday, 29 September.

On 17 September, 28-year-old Sabina Nessa, a primary school teacher, died after being attacked in Kidbrooke, South London, while walking to meet a friend. A 36-year-old man was arrested on Sunday, 26 September on suspicion of murder.

In March 2021, as part of its commitment to providing safer and more secure venues through Licensing SAVI, Police CPI signed up to the Women’s Night Safety Charter, which seeks to make London a place where women feel ‘confident and welcome’ at night. It means Police CPI will actively support the Charter’s seven pledges and encourage other businesses and organisations in the capital to join in to tackle violence against women.